Opposition to Self-Driving Vehicles Declines Nationally According to AAA 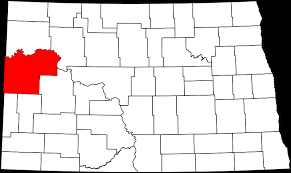 A $150 million gas processing plant will be built in North Dakota’s Bakken by Houston’s Hess Midstream Partners LP and Targa Resources Corporation also based in Houston, Texas. Targa has extensive operations in Oklahoma.

The new plant will be able to handle 200 million standard cubic feet of gas a day. It will be called the Little Missouri Four and be located at Targa’s existing Little Missouri facility located south of the Missouri River in McKenzie County, North Dakota.

Hess Midstream plans to invest at least $20 million for new pipeline infrastructure to gather volumes for the LM4 plant. Targo will manage construction and will operate the plant.

With these investments, Hess Midstream will have total processing capacity of 350 million standard cubic feet per day of gas in the Bakken, with export optionality north and south of the Missouri river. Hess Midstream retains the option to further expand processing capacity by de-bottlenecking the Tioga Gas Plant in the future and, as a result, the previously planned turnaround at the Tioga Gas Plant in 2019 is expected to be deferred.

John Gatling, Chief Operating Officer of Hess Midstream said the new plant will provide another layer of growth for the company’s operations in North Dakota.

“Hess Midstream expects to continue to capture additional Hess and third-party volumes,” he said in making the announcement.