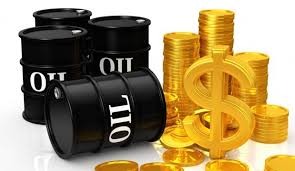 Crude oil prices were up more than 1 percent in Thursday’s trading in New York and overseas while natural gas prices took a dive.

West Texas Intermediate crude rose 73-cents a barrel in trading on the New York Mercantile Exchange, finishing the day at $56,69 per barrel, meaning an increase of 1.30%.

But natural gas prices dropped 16 cents to reach $2.76 per MMbtu for January 2018 contracts.

As for the crude oil price jump, analysts credited a threatened strike in Nigeria and traders covered shorts after sharp losses on Wednesday. One of the main oil unions in Nigeria is threatening to go on strike from Dec. 18 over the “mass sacking of workers.” Nigeria is Africa’s top oil exporter so a strike could affect international prices.

Some analysts even called the slight jump in prices an early Christmas gift to U.S. shale producers following Thursday’s events where Brent crude settled 2.6 percent lower and WTI was 3 percent down.

As for natural gas prices, there’s been a drop in  inventories and it has stabilized prices around the $3/MMBtu. Experts say the prices in the next six months will be dictated by the weather. The colder the weather, the more demand for natural gas.