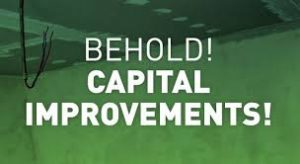 We’ve already seen announcements of pipeline construction and deals in Oklahoma, Texas and Kansas and whether it stems from the new federal tax reform remains in doubt.

In all liklihood, the deals were in the works as Congress debated the merits of the reforms before passing them. But energy industry lobbyists and analysts are suggesting that refiners and pipeline companies will go on a capital spending spree in 2018 because of the tax bill. It rewards investment in new projects.

The law contains a bonus depreciation provision which allows all companies to immediately write off the full costs of capital improvements instead of depreciating the new asset over time. It results in an immediate expensing of capital costs making less financially-attractive projects more  viable and attractive. It also  frees up capital for stock buybacks and increased dividends.

Because the benefit will be phased out in 2023 according to a report by Reuters, look for companies to respond immediately with such capital projects.

“Every major refining company has a list of projects they want to get approved that are ranked by profitability and risk,” said Charles Kemp, vice president of Houston-based energy consultancy Baker & O’Brien Inc.

The bill, he said, will motivate companies to look further down those lists, “and noticeably increase capital budgets.”

Moving up projects could be advantageous for refiners and pipeline operators such as Valero and Energy Transfer Partners, as they spend billions yearly to expand plants and build pipelines to move increasing volumes of petroleum.