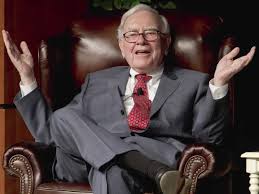 With his ownership of the Burlington Northern Santa Fe railroad, one would think billionaire Warren Buffett would oppose the Keystone XL pipeline. After all, his trains could move the oil as well.

But as Steve Jordan of the Omaha World-Herald recently wrote, “Warren Buffett has general supported the project for years.”

His article came after the Nebraska Public Service Commission voted last week to authorize a route through Nebraska.

“Buffett, the chairman and CEO of Berkshire Hathaway Inc., told my colleague Paul Hammel in 2012 that he wasn’t an engineer, geologist or otherwise especially qualified to have an opinion about the project.

But in later interviews, he said pipelines are generally the best way to transport fluid materials such as oil to be processed into fuels,” continued Jordan.

Buffett has also denied ever secretly financing anti-pipeline groups that have fought the Keystone both when it was built in Oklahoma and could soon be built in Montana, South Dakota and Nebraska.