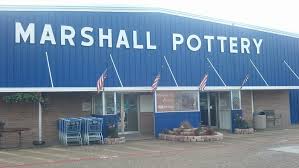 While the death of an oilfield worker near Watonga, Oklahoma is under investigation, OSHA announced it reached a settlement with a Texas company over the death of a worker last spring.

The agreement with Marshall Pottery, Inc. located in Marshall, Texas includes a penalty of $545,160 after an assistant plant manager died last April when he was servicing a kiln and became trapped inside when it was activated. Arturo Gonazales was killed while attempting to carry out maintenance to a 300-foot kiln. His family has since filed suit against the company.

The Occupational Safety and Health Administration cited the company for six willful violations and 21 serious violations.  The citations were issued after OSHA’s investigation into failures to implement confined space and lockout/tagout programs.

“This company was cited for similar violations in 2008 after another fatality at the plant,” said OSHA Area Director Basil Singh, in Dallas. “Failures to implement lockout/tagout and confined space programs are unacceptable. Employers must use all required safeguards and procedures to prevent the recurrence of similar tragedies.”

The pottery company could have contested the findings but chose to reach an agreement.