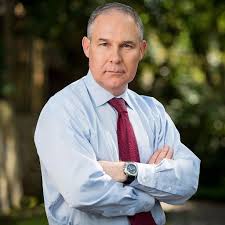 Former Oklahoma Attorney General Scott, now in his capacity as Administrator of the Environmental Protection Agency issued a directive on Tuesday putting an end to advisory groups from receiving millions of dollars in the form of EPA grants.

The idea is to end what some perceive as a conflict of interest for those same scientists to then be making environmental recommendations to the EPA. Some see it as an unprecedented move to make sure those advising the EPA aren’t also getting grant money.

“Whatever science comes out of EPA shouldn’t be political science,” said Pruitt in making the announcement. “From this day forward, EPA advisory committee members will be financially independent from the Agency.”

How much money? Pruitt estimated as much as $77 million in EPA grants in the past three years went to members of the Scientific Advisory Board, the Clean Air Science Advisory Committee and the Board of Scientific Counselors.

“They can’t do both,” he said. “Strengthening independent from EPA, increasing state, tribal and local government participation and adding geographic diversity and fresh perspectives will improve the integrity of EPA’s scientific committees.

His directive also includes naming new leadership of the three committees and members from a wider geographic area of the country. Pruitt’s order said emphasis should be given to individuals from historically unrepresented or underrepresented states and regions.