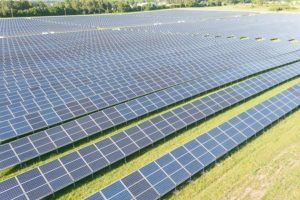 A solar farm that would dwarf Oklahoma Gas and Electric’s Mustang solar farm in Oklahoma City has been opened in southwest Missouri. The Nixa Solar Energy Farm features 33,000 panels and is the largest of its kind in Missouri.

Nixa is a small town located south of Springfield, Missouri and the new solar farm will provide an estimated 9 percent of the city’s power needs.

The city’s public works director, Doug Colvin indicated the city will get 20 percent of its energy from renewable resources once the solar farm hits production capacity, according to the Springfield News-Leader.

The developer is Gardner Capital whose owner is Mark Gardner.

“Coal is dead. It just is,” he proclaimed. “It’s gonna take a while. It’s gonna die a bit of a slow death because there has to be a transition.”

Nixa city officials estimate their solar farm will save the city $2.5 million dollars.