WTI and Brent Crude Stumble on Friday, Advance for the Week 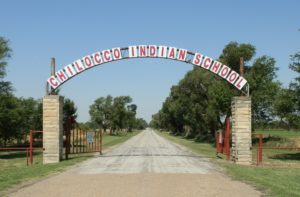 A plan by Homeland Security to carry out a chemical and biological test early in 2018 at the site of the former Chilocco Indian School in northern Oklahoma is being opposed by area residents as well as a southern Kansas Congressman.

The Homeland Security Department recently advertised its “low level outdoor release” project in a newspaper in Newkirk and it immediately prompted some residents to question it and oppose it. The project calls for the release of inert chemical and biological simulant materials in January and February of 2018 and again next summer.

The government says the test is to determine how much protection people would receive from being in their home or an apartment should a biological agent be used in a terrorist attack. 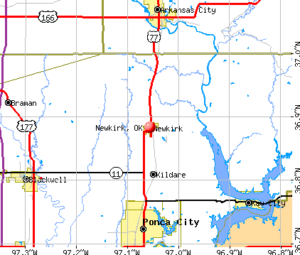 Kansas U.S. Rep. Ron Estes, a Republican whose district includes southern Kansas and towns only a few miles from Newkirk says he has “numerous questions” about the tests. He sits on the U.S. House Committee on Homeland Security and issued a statement.

“I’m monitoring the situation closely and have been in contact with officials at the Department of Homeland Security,” he said. “I have numerous questions regarding this proposed test. While it’s important for our federal agencies to test their abilities in response to threats, we need to be one hundred percent certain this test is safe.”

Also among those wondering about the safety of the tests are city leaders in Arkansas City, Kansas just a few miles north of where the Chilocco school is located.

“This is the first time the city has been made aware of any testing to occur at Chilocco,” said the statement from the city. “Inert means chemically inactive, which means by definition there should be no risk to the citizens. However, we are looking into the situation to gather more information for our citizens and their safety.”

There are two aspects to the test. One includes the release of titanium dioxide as a part of the particle test. It is described as a white odorless powder that is chemically insoluble in water, nonreactive, nonflammable and nonhazardous. The project also includes the release of urea powder mixed with a CL Fluorescent Brightener.

Then there is the biological part of the test which includes the release of genetic barcoded spores of a biological insecticide known as native Btk. It is sold under the trade name of Dipel which is not considered hazardous by the Environmental Protection Agency.