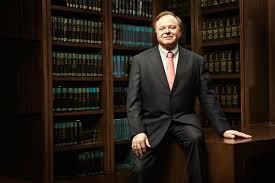 Another big export sale is coming from Harold Hamm and company. Oklahoma City-based Continental Resources indicated it plans another major international sale of Bakken crude oil. But the company isn’t offering any clue as to who the buyer will be.

It will be the second international sale of oil. The first was announced in October when Harold Hamm’s company said it was selling more than 1 million barrels of crude to Atlantic trading and Marketing which was exporting the oil to China.

The newest sale will be to unspecified international markets and involve 430,000 barrels of oil scheduled for January delivery. The transaction will happen in Cushing at the key oil storage hub according to a report in North Dakota’s Williston Harold newspaper.

“International markets are demonstrating accelerated interest in American light sweet oil, and Continental is currently negotiating additional potential sales,” Continental Chairman and CEO Harold Hamm said. “This is the new reality of the United States as a world energy leader.”

Congress removed the 1977 crude oil export ban just two years ago and since then oil exports have swelled.

Ron Ness, president of the North Dakota Petroleum Council, predicts the exports will only continue to grow.

“As more markets receive high-quality Bakken oil, it can only help provide Bakken producers more options for marketing, which will fetch a stronger price for each barrel,” he said.

Hamm contends the lifting of the export ban combined with international sales prove the U.S. can be competitive with the rest of the world