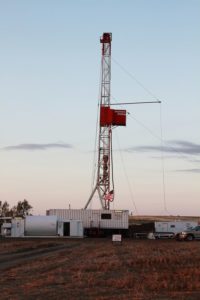 Three Oklahoma energy companies are in the list of the top ten oil producers in Kansas for 2016 according to a report form the Independent Oil and Gas Service, Inc.

SandRidge Exploration and Production LLC of Oklahoma City is ranked number four with production listed as 1,269,627 barrels of oil which represents 2.6% of the state’s total production.

Tapstone Energy LLC of Oklahoma City is rated 6th with production of 901,429 barrels or 1.8% of the production in the state.

Citation Oil and Gas Corp. comes in at number ten. Its 2016 production totaled 465,899 barrels of oil which is 0.9% of the overall production in Kansas.

Merit Energy Company LLC of Wichita, Kansas is ranked as the number one oil producer at 1,519,797 barrels which is 5.1% of the total production in the state.