Environmentalists Fight Gold Mine Near Yellowstone 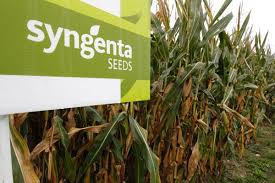 While it appeals a $218 million judgment in a lawsuit brought by Kansas farmers, Syngenta is urging a Kansas federal judge to certify the final judgment, a move that would allow the Swiss company to speed up its appeal of the case.

It was in June when a federal jury awarded the $218 million to the farmers who sued the agribusiness giant over introduction of a genetically engineered corn seed variety. The lawsuit was the first of many expected over Syngenta’s introduction of its Viptera seed strain to the U.S. market before China approved it for imports.

Attorneys for the Kansas farmers called it “only the beginning” and vowed to “pursuing justice for thousands more corn farmers in the months ahead.”

Syngenta began selling Viptera in the U.S. for the 2011 growing season but it wasn’t approved by China until December 2014. The lawsuits claimed Syngenta’s move resulted in a train wreck for the U.S. export market as well as depressed corn prices.

The court agreed Syngenta knew Chinese approval was going to be a problem but continued with an aggressive marketing of the seeds. Some of the farmers who sued hadn’t planted Viptera but said their corn sales were affected because China rejected millions of metric tons of their grain as well.