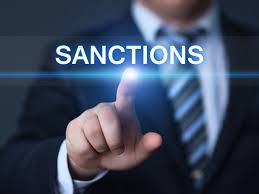 Attorneys for Seventy Seven Energy Inc. laid it on the line recently, asking an Oklahoma federal judge to levy sanctions against a shareholder saying the firm filed a lawsuit just to generate attorneys’ fees.

The motion by the Oklahoma City energy company came in a lawsuit being heard by U.S. District Judge Vicki Miles-LaGrange. The suit was filed by Monteverde and Associates PC which represents Maria Comeaux in a challenge of the now completed merger between Seventy Seven Energy and the Houston-based Patterson-UTI Energy Inc.

“This lawsuit raised meritless challenges to the now-completed merger,” stated the motion by Seventy Seven. “Counsel filed a Complaint that simply cobbled together and copy-passed boilerplate allegations from Counsel’s past merger strike suits.”

The motion alleged the law team delayed seeking injunctive relief until a “sweet spot” for a settlement.

“This lawsuit is particularly odious because Counsel have candidly admitted that they abandoned the lawsuit in pursuit of their self-interests,” said the motion. “In other words, as soon as Counsel had a shred of paper to hold up in support of a fee request, the remainder of the lawsuit was quickly abandoned.

The lawsuit was filed earlier this year then when Comeaux asked to have it dismissed, she asked for attorney fees.