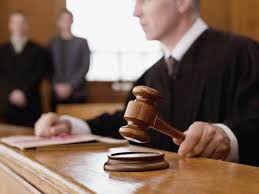 The fight between the Osage Nation and wind farm developer Enel Green Power took another step this month when the U.S. 10th Circuit Court of Appeals sided with the tribe.

The Denver Federal Appeals court, in a unanimous decision overturned a lower court ruling and said Enel Green, the owner of Osage Wind, had to obtain a mining permit in the construction of its wind farm in western Osage County, land controlled by the Osage Nation.

The tribe originally filed suit claiming excavation work to set up 84 wind turbines across 8,400 acres needed the mining permit from the bureau of Indian Affairs or approval from the Osage Minerals Council. In September 2015, a Tulsa federal judge ruled in favor of Enel Green so the tribe took the case to the Federal appeals court.

“The Osage Nation, acting through OMC in  fact owns the beneficial interest in the mineral estate that is the subject to the appeal,” wrote Judge David Ebel in the panel’s 27-page decision “The district court’s decision forced OMC to watch from the sidelines as Osage Wind disrupted the mineral estate…”

At the heart of the issue was the excavation needed by Osage Wind to install the wind turbines. It dug pits 60 feet wide and 30 feet deep and excavated more than 60,000 cubic yards of limestone, dolomite and other miners. The tribe maintained that was “mining” and claimed that under federal law, mining activity in Osage County requires a permit from the BIA.

Enel and Osage Wind failed to obtain one so the U.S. acting on behalf of the Osage Minerals Council went to court in 2014.

“On the merits, we hold that Osage Wind’s extraction, sorting, crushing and use of minerals as part of its excavation work constituted ‘mineral development’ thereby requiring a federally approved lease, which Osage Wind failed to obtain,” wrote Judge Ebel.