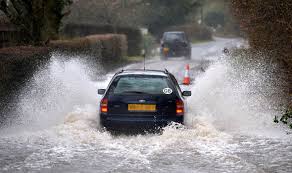 While Hurricane Harvey battered Houston last month and this month, attorneys hunkered down in a downtown office building putting the finishing touches to a $1.4 billion sale of oil and gas assets in North Dakota’s Williston Basin.

As the Texas Lawyer reported, the attorneys were from two firms attempting to wrap up the sale by Halcon Resources, a company based in Houston. Making the purchase of the properties was another Houston firm, Bruin E and P Partners. The lawyers were from Lathan and Watkins on one side and Thompson and Knight on the other.

The approaching hurricane forced the firms to reschedule some preliminary deadlines. When the storm hit the Texas coast on Friday, Aug. 25, attorneys had spent the day attempting to finish the deal. But by Tuesday, the rain and flooding had stalled things. Attorneys were unable to enter the office building on Aug. 29 but a day later, they finally made entrance and had to use a freight elevator.

“Only the people working on that deal were here and one of our associates couldn’t make it. He had no power and no water,” explained Robin Fredrickson, a partner in Latham.

But they persevered and on Sept. 7 the agreement was signed and completed. The transaction is expected to close in two months.