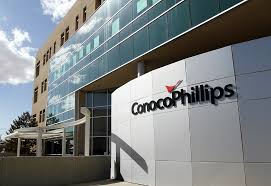 The $184 million sale of its assets in the Texas Panhandle by ConocoPhillips has been finalized according to an announcement by the Houston-based company.

The identity of the buyer was not disclosed when ConocoPhillips made the original announcement in August and it remains undisclosed. The sale was part of the company’s more than $16 billion divestitures sthis year.

The company started 2017 by going over its initial three-year goal to divest an estimated $8 billion of noncore assets. At the time of the announcement in August, ConocoPhillips said it was also “progressing” on the sale of its Anadarko Basin position in Oklahoma. But the firm did not reveal any assets he held for sale in the basin.

ConocoPhillips, with major operations in Oklahoma has $78 billion in total assets and nearly 12,200 employees as of June 30, 2017.