The federal government is under pressure to put more restrictions on oil and gas drilling on public land near the Chaco Culture National Historical Park in northwestern New Mexico.

The State’s Democratic members of the congressional delegation are applying the pressure after the Bureau of Land Management earlier had agreed to defer all leases within a 10-mile radius of the park. 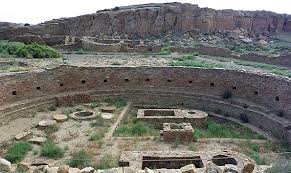 The BLM move came as the agency is working to update the resource management plan for northwestern New Mexico. It is also working with the Bureau of Indian Affairs in deciding how to protect archaeological and cultural sites in the region.

Sens. Tom Udall and Martin Heinrich along with Rep. Ben Ray Lujan have asked the BLM to start the process of leasing areas within the buffer zone.