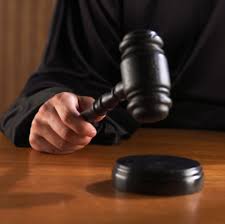 A government regional haze plan that would have required major upgrades to two coal-fired power plants in Utah has been put on hold by the Denver federal appeals court, the same court that rules in cases involving Oklahoma.

The 10th U.S. Circuit Court of Appeals put the plan on hold as the judges indicated they wouldn’t waste time considering the plan since it is under review by the U.S. Environmental Protection Agency.

The ruling applies to Rocky Mountain Power which had been ordered in June 2016 by the EPA to install pollution controls at its Hunter and Huntington plants to improve the air of surrounding national parks. The order was similar to one against Texas power plants so the regional haze would be improved around Oklahoma’s Wichita Mountains Wildlife Refuge.

But the state of Utah filed a suit against the EPA after the order was issued. With the appeals court ruling, the suit is on hold. But this week’s court order disappointed environmentalists who supported the EPA’s initial regional haze plan.

“The EPA is going against its own scientific research—-research which shows these plants are negatively affecting the air quality of Utah’s National Parks,” said Michael Shea, a senior policy associate with the group HEAL Utah. HEAL is Health Environment Alliance of Utah and was formed in 2001.

he contends the ruling sets a dangerous precedent for other regulations that target coal plants.