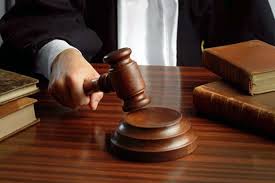 Tyson Poultry will pay a $2 million fine over a chemical dumping incident that happened three years ago at its Monett, Missouri operation and resulted in a fish kill.

The company pleaded guilty recently in federal court in Springfield, Missouri to a federal misdemeanor charge of violating the Clean Water Act. The Joplin Globe reported the incident was in connection with disposal that caused a malfunction at the Monett wastewater plant and resulted in a fish kill along a 4.5 mile stretch of Clear Creek. The kill happened between Monett and Pierce City.

“Today’s plea agreement will remedy environmental harm  caused by the defendant’s actions while also helping ensure that these kinds of problems do not happen again,” said Jeffrey Wood, acting assistant attorney general of the environmental division of the U.S. Justice Department.

Tyson also paid $500,000 in a community service donation—-half to the city of Monett and the other half to Missouri environmental organizations. It will also pay for environmental audit of it feed mills and wastewater treatment systems.

Tyson issued a statement following the guilty plea, calling it an unfortunate mistake.” that was may in May 2014. The firm said it was an accidental release of an animal feed ingredient into Monett’s wastewater treatment system.

“We deeply regret the mistake that was made and have taken corrective action to make sure it doesn’t happen again,” said the company.

The accidental discharge happened at an Aurora feed mill operated by Tyson. Workers discovered there had been a leak of Alimet from a storage tank. Alimet is described as an amino acid compound used as an ingredient in  poultry feed for Tyson’s poultry growing operations.

The Alimet had leaked into a holding tank and Tyson hired a contractor to remove it and haul it to thee Monett poultry processing plant. There, it was dumped into the plant’s wastewater treatment system that was not designed to treat that type of substance.