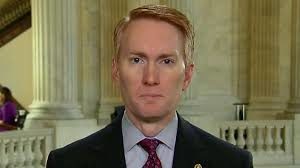 When it comes to how the nation responded to the devastation and destruction caused by Hurricane Harvey, Oklahoma U.S. Sen. James Lankford says it’s clear this won’t be a one-week effort for relief.

Long after the water recedes and the last of the rescue boats are gone, there’ll still be a need. There will still be Oklahomans helping Texans with their disaster and with their tragedy.

“Americans, we know how to pray for each other, but we’re also working hard to figure how to serve each other,” said the Senator in an interview with OK Energy Today.

And after the immediate relief, the Senator said the help won’t end.

“It’s gonna be more Oklahomans going back in, cutting up sheet rock and mudding out homes, and try to figure how to help each other.”

But will the government response become a political anchor around the neck of President Trump?

“I think the national media as a whole has tried to find a way to be able to connect President Trump to Katrina,” said the Senator as he pointed out the criticism that greeted President Bush when his administration responded to the disaster in New Orleans. “It’s certainly unfair to set President Trump up for failure from the very beginning and this is his Katrina and if there’s any gap in the disaster that it’s the President’s fault.”