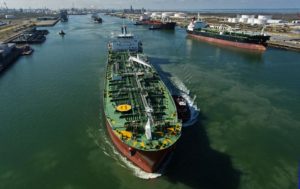 The experts say millions of barrels of oil have been taken out of the U.S. energy market by Hurricane Harvey and consequently gasoline prices will rise, not a matter of ‘if’ they rise.

S and P Global Platts says at least 2.2 million barrels a day of refining capacity has been lost since the storm started spinning in the Gulf of Mexico then plowed into Texas over the weekend. Refineries near Corpus Christi were closed before the storm hit the state. Houston-area refineries were shut down on Sunday as catastrophic flooding hit the city.

Reports indicate no damage so far at the refineries but it’s estimated 1.9 million barrels a day of oil refining capacity remains on hold.

Forbes listed the refineries that were closed as of Sunday night.