Williams Cos. Stronger a Year After a Failed Merger

Another Transmission Line Fight is Brewing 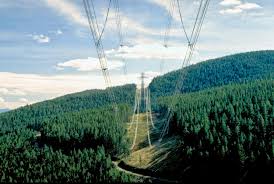 Fights like those by Oklahoma Attorney General Mike Hunter against a wind farm and massive high-voltage transmission line in Oklahoma are growing around the country.

Take the case of the move in southwestern Idaho where there have been efforts to locate two lines to modernize the Pacific Northwest’s energy grid. This week, the U.S. Bureau of Land Management said it would reopen public comments for the Gateway West project proposed by Idaho Power and Rocky Mountain Power.

In January, the BLM okayed the routes on public land by legislation signed in May by President Trump mandated segments not connected to the two routes. The legislation also removes 2,800 acres from the Morley Nelson Snake river Birds of Prey National Conservation Area to allow the construction of 74 miles of the transmission lines.

The reopening of public comments was due because the BLM is attempting to connect the remaining 250 miles with the segments. Environmental groups have been fighting the project and filed appeals on the January BLM decision.

The line going through Idaho will deliver power from southern Wyoming to sites west and could eventually also take advantage of wind energy farms.