Small Operators in Permian Basin Feel the Pinch With $45 Oil 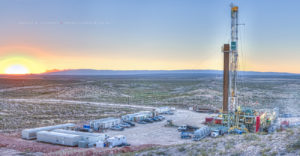 While crude oil prices bounce around the $45 a barrel mark, it’s making life tough for some small independents as they seek to find black gold in the Permian Basin in west Texas.

The Houston Chronicle reports some are thinking of delaying exploration projects as money is tight. The paper quoted James Mayer, founder and chief executive of Green Century Resources, a private oil company based in Midland.

“If oil holds under $45, that would make a difference to us,” he said. Mayer admitted he’s considering an investment in a drilling project that just a few months ago appeared to be profitable. But crude prices then were above $50 a barrel.

“you can see even the difference in traffic out here in Midland,” he told the Chronicle. “You can feel it slowing down.”

Others said the same thing. They’re faced with rising oil field service costs and increased pressure. They too are rethinking their expansion plans for the year.