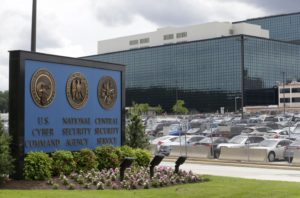 Suspicions are falling on Russian hackers over recent attempts to break into the system that runs the Wolf Creek Nuclear power plant near Burlington, Kansas.

U.S. authorities suggest not only that they might have been from Russia, but they were considered to be a sophisticated group of hackers targeting several U.S. nuclear power plants. Reports indicated they attempted to steal usernames and passwords with a mission of getting deep into the operating networks of the power plants.

However reports indicate the Department of Homeland Security, the FBI and other agencies believe the nuclear safety systems were not hacked. Still, according to the Washington Post, those agencies also have high suspicions that Russia was involved.

Ironically, such belief comes after President Trump tweeted on Sunday that he and Russian President Putin agreed to create an “impenetrable Cyber Security unit” to guard against hacking.

And it also follows the entire fiasco surrounding Russia’s reported hacking campaign of last year’s presidential election, something the FBI, the Office of the Director of National Intelligence and the CIA believe was the work of Putin and his government.