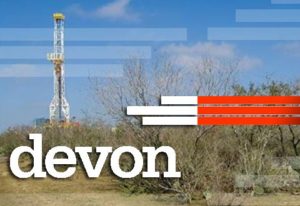 In what is perhaps the largest well to be drilled in Oklahoma’s STACK, Devon Energy of Oklahoma City announced a record well reaching 6,000 barrels of oil equivalent a day.

It’s a Meramec well in southwest Kingfisher County. The company said the Privott 17-H well achieved a facility-constrained peak 24-hour rate of 6,000 oil-equivalent barrels a day. The 6,000 barrels included 50 percent oil. Even if the well is half oil and the rest is natural gas and water, that’s still a whopping 3,000 barrels of oil a day.

Devon said it anticipates recovering more than 2 million Boe over the life of the well. The well was drilled with a 10,000-foot lateral and landed in the Meramec interval near the company’s Showboat development which will spud in the third quarter.
But to go with the 6,000-record well, Devon brought online four more high-rate Meramec wells in the second quarter using an enhanced completion design. Those wells attacined a 30-day initial producton rate of 2,000 Boe a day.

“The outstanding well results we’re achieving from our enhanced completion design in the STACK is another example of Devon’s technology leadership in the upstream space,” said Tony Vaughn, chief operating officer. “This operational excellence is delivering best-in-class well productivity in this world-class play.”

He said the Company’s moving forward with operational momentum and will transition to multi-zone development drilling. The exploration will continue in the 600,000 net acres that Devon has in the STACK. The company maintains it has exposure to 5,400 risked locations and its holdings of land could be as much as 10,000 unrisked locations.

A new design of well completion has allowed Devon Energy Corp. to bring on some high-producing wells in Oklahoma’s STACK play, with one monster well in Kingfisher County reaching an initial 24-hour production peak of 6,000 barrels per day.

The Oklahoma City-based company included the detail Tuesday in an operational update for the second quarter.

Devon said the Privott 17-H well in southwest Kingfisher County reached the peak 24-hour rate of 6,000 barrels of oil equivalent per day, with 50 percent oil. The well is expected to recover more than 2 million barrels of oil equivalent over its life. It was drilled with a 10,000-foot lateral and landed in the upper Meramec interval near the company’s Showboat development.

To put the Privott 17-H in context, Continental Resources Inc. announced a company-record well in nearby Blaine County in December that reached an initial 24-hour production rate of more than 4,600 barrels of oil equivalent per day. Other top wells with 10,000 foot laterals into the Meramec in Blaine and Kingfisher counties have hit initial 24-hour production rates between 3,700 barrels and 2,500 barrels of oil equivalent per day.

There’s no standard way to report initial production, with some companies reporting the rate over the first 24 hours, while others average production over the first 30, 60 or 90 days. But the rates can provide investors and others with an idea of how productive a field might be.

“The outstanding well results we’re achieving from our enhanced completion design in the STACK is another example of Devon’s technology leadership in the upstream space,” Tony Vaughn, Devon’s chief operating officer, said in a news release. “This operational excellence is delivering best-in-class well productivity in this world-class play. Looking ahead, we expect to continue to build operational momentum in the STACK as we transition our activity to multi-zone development drilling that will drive additional efficiency gains and maximize the value of our resource.”

Chad Warmington, president of the Oklahoma Oil and Gas Association, said the Privott 17-H was exciting news for Devon because previous initial production rates in the STACK haven’t been at that scale.

“To achieve a strong well, it takes significant investment in actively drilling new wells in the same oil field, studying the geology where these wells exist and honing in on a company’s technique,” Warmington said in an email. “There are many other companies in the STACK who continue to drill test wells to work through the various factors that go into each company’s drilling zone. I hope the state continues to entice this robust level of exploration and innovation as it stands to bring significant economic growth for Oklahoma for decades to come.”

Devon said it brought online four other high-rate Meramec wells in the core of the over-pressured oil window in the STACK that also benefited from its enhanced completion design. The company attributed the results to “an improvement in stimulated rock volume around the wellbore through a new proprietary completion design.”

Devon said in the third quarter it will start drilling the Showboat development project, which has about 25 wells across four landing zones in the STACK.

“Devon will continue to test development concepts including well density, multi-layer well stacking, intra-layer well staggering and further completion design improvements,” said Wade Hutchings, senior vice president of exploration and production. “This continual flow of data from our extensive position in the STACK will inform and improve our deep inventory of future multi-zone developments and the overall value of our coveted STACK resource.”

Devon has more than 625,000 net acres in the Meramec and Woodford parts of the STACK and has more than 10,000 unrisked drilling locations, including 5,400 risked locations.

Devon plans to report its second-quarter earnings Aug. 1. The company’s shares rose almost 3 percent to close at $30.53 in Tuesday trading on the New York Stock Exchange. 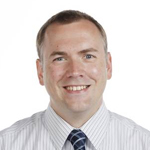