The Solar Energy Fight in Arkansas

What Researchers Learned About the Pawnee Earthquake 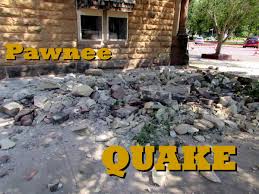 Researchers at the Oklahoma Geological Survey, Oklahoma State University and the University of Oklahoma were among those who contributed to a new report that studied the Pawnee earthquake last fall.

The 5.8 magnitude quake in September 2016 was the largest recorded seismic event in Oklahoma and led to the report in Seismological Research Letters, an internationally recognized peer-reviewed journal. It also led to further action by the Oklahoma Corporation Commission to either reduce operations of some wastewater injection wells in the region or completely shut down others because it’s believed they might have caused the strong earthquake.

Dr. Jeremy Boak, director of the Oklahoma Geological Survey and the Mewbourne College of Earth and Energy at the University of Oklahoma made the announcement of the publication.

A grant from the Oklahoma Governor’s Emergency Fund financed several of the studies of seismicity in Oklahoma.

The special volume featured several researchers and their work including Kyle Murray who reported on the results of a network monitoring pressure in shut-in disposal wells for salt water produced from oil and gas operations that they established with the assistance of well operators. The results were used to estimate rock properties that will help in modeling how disposal of wastewater in the Arbuckle Group affects pressure at the depth where earthquakes are happening.

Jake Walter of the OGS applied a sophisticated filtering technique that revealed many more foreshocks than originally detected. The foreshocks suggest the stress along the Sooner Lake fault that moved in the Pawnee earthquake may have been increased in the months leading up to the main shock that happened September 3, 2016.

Two other researchers at OU demonstrated a stress increase on the Sooner Lake fault from some of the larger foreshocks which would have promoted main shock failure.

Still other researchers used satellites to estimate the displacement of the solid earth, mainly deep within the crust, caused by the earthquake.