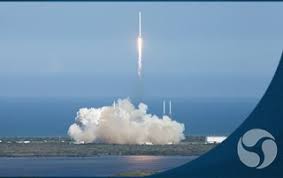 Oklahoma U.S. Rep. Jim Bridenstine was among those who introduced a bill to beef up what they believe is the outdated space-based remote sensing regulatory system.

They call it the American Space Commerce Free enterprise act of 2017, a bill that will improve national security and remove regulatory barriers facing new space companies.

Rep. Bridenstine, who openly has campaigned to be named NASA Administrator in the Trump administration and is awaiting a decision at the White House says the act will move the nation in the right direction.

“Years of uncertainty over which government agency has the responsibility to authorize and supervise commercial space activity has creating a chilling effect in the industry, hindering capital formation and innovation,” said Bridenstine.

He said the bill was created to provide a clear and transparent process to meet Outer Space Treaty obligations “while ensuring America is open for business in space.”

The bill would create a single authority for U.S. authorization and supervision of nongovernmental space activities located at the Department of Commerce Office of Space Commerce.

Rep. Lamar Smith, R-Texas and chairman of the House Science, Space and Technology Committee is the principle author of the bill. In addition to Rep. Bridenstine, there are 7 other co-sponsors.