DEQ Wonders How Budget Cuts Will Affect Its Abilities

No Letup in SCOOP and STACK Exploration 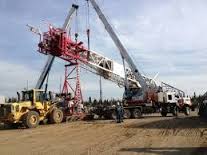 It’s always fascinating to see where the oil and gas developers are locating their latest efforts in Oklahoma’s wildly-developing STACK and SCOOP plays.

One of the latest permits to drill, as published by OK Energy Today is revealing who’s drilling where.

Armor Energy LLC will drill at a site 7 miles west of the El Reno Municipal Airport.  Another Canadian County site will be Newfield Exploration’s effort to spud a well mid-way between Piedmont and Okarche and just north of state highway 3, better known as the Northwest Expressway. Newfield also has a permit to drill in Grady County.

Oklahoma Energy Acquisitions, the subsidiary of Houston-based Alta Mesa Holding, has four permits to drill in Kingfisher county. All are in the same area ten miles due east of Dover. One is located at 16 17N 5W while three are in the same site, 09 17N 5W. The company also has a permit to drill in Garfield County.