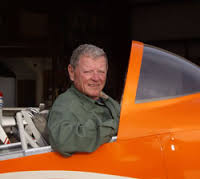 Oklahoma U.S. Sen. Jim Inhofe has been a pilot longer than he has been a Senator and has come out in strong support of the Federal Aviation Administration Reauthorization Act of 2017.

After all, it includes some of his priorities including his Fairness for Pilots Act and the FLIGHT Act.

“It is comprehensive and will benefit all aviation stakeholders,” said the senator. “It sets robust investment levels for aviation infrastructure, includes strong protections for pilots and targets needed investment in general aviation airports.”

He made sure it included his Fairness for Pilots act which broadens protections for General Aviation pilots. The Reauthorization Act also includes parts of his Pilot’s Bill of Rights 2 that were not enacted last year.

Among the rights is making sure airmen have the right to appeal an FAA decision through a new, merit-based trial in Federal Court. It also increases transparency for pilots who are under investigation or face enforcement action. The Act also ensures the accessibility of flight data, such as air traffic communication tapes and radar information produced by contract towers.