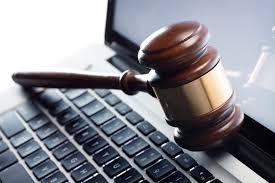 An employee of an antenna installation company based in Oklahoma City has been charged with embezzling $131,000 from the company.