Alliance Defends Appointment of U.S. Senator to Board 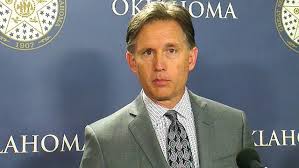 Oklahoma Attorney General Mike Hunter’s threatening legal action against the state of California after it required insurance companies to publicly reveal any investments in fossil fuels.

California’s move to urge companies to sign a pledge to divest from the coal industry prompted Hunter and eleven other state attorneys general and one governor to send a letter to California Insurance Commissioner David Jones.

In it, they are asking him to cease and desist from the requirements. California requires insurance companies to disclose any investments in oil, gas and coal. Those disclosures and the pledge are made public on the California Insurance Department’s website.

“The concern you purport to have about the fossil fuel industry is not matched by concern over other businesses that present investment risk,” wrote Hunter and the others. “Rather, your call for divestment and attempt to publicly shame those who invest in American energy appears to be driven by politics unrelated to insurance regulation, animus towards the fossil fuel industry and those that depend on it, and a design to discriminate against those who transact in commerce that mostly takes place outside your state.”

But Hunter says the initiatives by Commissioner Jones are nothing more than ham-handed extremist environmental policy.

“One in every four Oklahomans works in the energy industry and the California Insurance Commissioner’s threatens stand to harm families, businesses and insurance carriers in our state,” said Hunter. “This misguided policy is negligent, politically driven, unrelated to insurance regulation and is risking a certain lawsuit.”

Hunter made a vow in sending the letter.

“I will not stand by while Jones promotes his stance on a social issue totally unrelated to his job as an insurance regulator that will harm tens of thousands of Oklahoma businesses and citizens.”

Joining him in the letter were attorneys general of Alabama, Arkansas, Indiana, Louisiana, Missouri, Montana, North Dakota, Texas, Utah, West Virginia and Wyoming and the governor of Kentucky.