Pruitt Says It Again—–Paris Climate Accord is a Bad Deal for U.S. 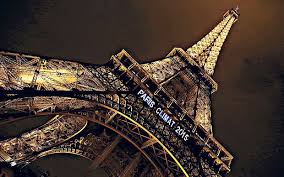 EPA Administrator Scott Pruitt says the President is close to a decision whether the U.S. will continue to take part in the controversial Paris environment accord, something President Trump has vowed to cancel.

Interview on Fox Business on Wednesday, Pruitt, the former Oklahoma Attorney General repeated his assertion that the Paris climate agreement is a “bad deal” for the U.S. He called it an “America-second strategy.”

Pruitt’s been a critic of the agreement saying the U.S. has made significant progress in the reduction of greenhouse gas emissions while China and India, major polluters,have until 2030 to meet their emissions targets. On “Varney and Company” yesterday, Pruitt emphasized that private businesses have achieved significant emissions reductions on their own.

“What’s right about this issue is making sure we have the international discussions with respect to how good a job we are doing across the globe with respect to our CO2 footprint. What’s wrong with Paris it was a bad deal for this country,” he said.