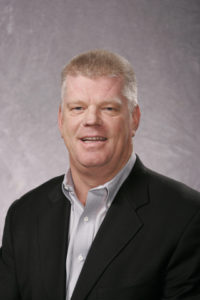 A new chairman of the Board has been named at The Williams Companies, Inc.  Stephen W. Bergstrom was elected to replace Dr. Kathleen B. Cooper who will become Chair of the Board’s Nominating and Governance Committee. Cooper has been on the Williams Board since 2006.

“The Williams Board and our entire organization are focused on execution of the company’s natural gas-focused business strategy and positioning Williams to deliver long-term, sustainable shareholder value and growth,” said Mr. Bergstrom. “I’m especially honored to lead a world-class board of directors committed to independence and strong corporate governance. This commitment will continue under Kathleen’s leadership of the Nominating and Governance Committee.”

Williams President and CEO, Alan Armstrong added, “I want to thank Kathleen for her superb leadership and guidance during a critical time in the company’s history. We are fortunate to have such a deeply experienced board of directors. The entire Williams team looks forward to further executing on the Board’s vision of focusing on our core natural gas business and delivering predictable returns to our shareholders. I also appreciate that the Board supports our commitment to operational excellence and continually enhancing the safety culture at Williams.”

The Williams Board of Directors consists of 11 members, ten of whom are independent.

Stephen BergstromDecember 2015. Mr. Bergstrom acted as an exclusive consultant to ArcLight from October 2003 to December 2015, assisting ArcLight in connection with its energy investments. Prior to his consultancy with ArcLight, Mr. Bergstrom worked from 1986 to 2002 for Natural Gas Clearinghouse, which became Dynegy Inc. Mr. Bergstrom acted in various capacities at Dynegy, ultimately serving as president and chief operating officer. Mr. Bergstrom earned a Bachelor of Science in Industrial Administration from Iowa State University.