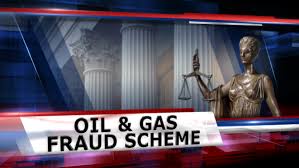 Also as part of the plea deal, the company admitted it agreed to sell 3,000 barrels a month of crude oil to Parnon Industries. Instead of crude oil, Sonstone provided raw gas oil, a by-product obtained from recycling used motor oil.

The government contends the loss was more than $994,000 but the court will make the determination when the company is sentenced Aug. 10.