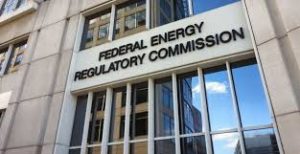 One was Neil Chatterjee, an aide to senate Majority Leader Mitch Mcconnell and a long time energy advisor of his. The other was Robert Powelson, a member of the Pennsylvania Public Utility Commission.

“Neil Chatterjee is a good friend of mine and I’m thrilled that he has been nominated to fill one of the vacancies at FERC,” said Sen. Inhofe. “I am also confident Rob Powelson will bring a great, pro-energy perspective to the commission.”

Inhofe is a senior member of the Senate Environment and Public Works Committee.

Their appointments will give the FERC a quorum. Only two commissioners currently serve on the five-member panel. Without the quorum, FERC is unable to make decisions on interstate pipelines and other projects worth billions of dollars.

Cheryl LaFleur remains as the commission’s acting chairwoman but is a Democrat and likely to be replaced with another appointment by President Trump. The other commissioner, also a Democrat is Colette Honorable. She has said she won’t seek re-appointment when her term ends in June.