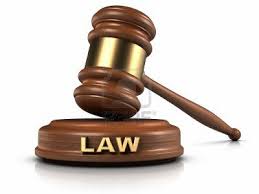 A Federal Appeals Court in Washington, D.C. has upheld the right of the EPA to withhold data on power plant wastewater discharges.

The ruling by the D.C. Circuit came in a challenge by the Environmental Integrity Project, the Sierra Club and Earthjustice. They claimed they were entitled to the data under a provision of the Clean Water Act.

But the Circuit court ruled the EPA had authority to withhold the data because of an exemption to the Freedom of Information Act for confidential business and financial information.

“The Clean Water Act does not expressly supersede Exemption 4 of FOIA,” Judge Brett Kavanaugh, a George W. Bush appointee, wrote in the four-page opinion for the court.

The ruling affirms a previous decision of the U.S. District Court for the District of Columbia. The legal fight stemmed from a FOIA request made in July 2013 by the three environmental groups. They sought eight categories of technical data used by the EPA to update power plant effluent standards in 2015.

The Trump administration is reviewing the Obama-era effluent rule which was the first federal guidelines for toxic metals in power plant discharges in nearly 30 years.