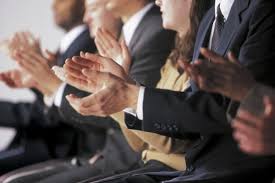 Both agreed the measure would be a key economic development tool for the state, allowing energy companies to drill more wells and create more jobs.

“This is a win for the state of Oklahoma,” said Tim Wigley, OIPA Executive Vice President of Governmental Affairs. “Not only will this legislation generate more tax dollars, but it is sure to attract more investment in Oklahoma oilfields from independent oil and natural gas producers utilizing advanced drilling technology.”

“Help is on the way, Oklahoma,” proclaimed Chad Warmington, president of OKOGA.  “With final passage of the Oklahoma Energy Jobs Act, the oil and natural gas industry can more quickly lead the state to a full recovery.”

He too said the bill will result in the creation of more Oklahoma jobs and help grow the economy with more capital investments.

Senate Bill 867 creates the Oklahoma Energy Jobs Act of 2017 and allows developers to use multiunit or long-lateral drilling in all rock formations, not just the shale formations they have been limited to in the past several years.

In its first year, SB 867 is expected to generate approximately $490 million in new royalty payments, raise more than $229 million in new state and local revenues and create nearly 6,000 new jobs in the oil and gas sector. Additionally, the measure is expected to spur nearly $6 billion in investment from oil and natural gas producers.

“If this is signed into law, Oklahoma will no longer be the only state to restrict long lateral drilling based on a geologic formation,” said Warmington.

During debate Wednesday in the House, supporters contended the bill will eventually mean the creation of 6,000 or more new jobs.