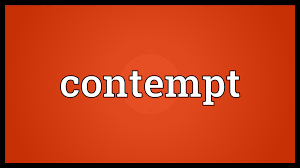 Oklahoma’s oil and gas industry became a poster boy for contempt for State House Democrats Tuesday night as they hammered energy producers for not paying their fair share of taxes.

As Mustang Rep. Leslie Osborn unveiled the newly-compromised House Bill 2414, she was pelted with question after pointed question from Democrats. Late Tuesday night, the measure was defeated on a 51-46 vote. The governor, GOP leaders and Osborn needed 76 votes to approve it for implementation this year.

The Democrats contended the tax hit the working class people of Oklahoma but not oil and gas.

Shouting into his microphone during debate, Oklahoma City Rep. Collin Walke, a Democrat tried to make his case.

“And for the Representative from Okmulgee, he doesn’t have to compromise because he can stand up to his constituents and say ‘I will not raise a billion dollars worth of taxes on the backs of low and middle-income families,” said the Representative. “Courage folks is standing up to the most powerful industry on the planet and telling them no. No more free passes at the expense of middle-income families. Not in Oklahoma. Never again!” 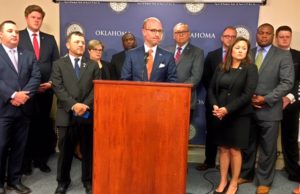 “I will stand up and say we demand equity in this society, that the oil and gas industry will not get a payday under our watch.”

He added, “Firefighters, police officers, state employees, they all pay 5 percent from day one. But Devon Energy pays two?  Gotta be kidding me. That’s ridiculous.”

Norman Rep. Emily Virgin, another Democrat chimed in with her criticism of the industry.

“Those people that you’re asking to fund government with this bill, they’re the ones who have suffered the past seven years. You know who hasn’t suffered?  Devon Energy. Harold Hamm.”

Idabel Democrat Johnny Tadlock was another.

As explained by Rep. Osborn, the bill would affect oil and gas by reducing the 3-year period for the 2-percent tax to 18 months. She admitted in questioning the move would not produce any revenue in the coming year.

Listen to some of the debate.