Judge Takes Wind Out of Lawsuit Against City of Hinton 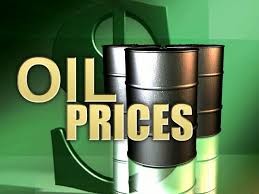 Crude oil prices ended flat on Friday but recorded the first weekly gain in a month on expectations that OPEC will extend an agreement to curb production when the cartel meets later this month, according to Bloomberg MarketWatch.

West Texas Intermediate June crude settled at $47.84 a barrel, up a penny for the session on the New York Mercantile Exchange. For the week, WTI ended roughly 3.5% higher after posting three consecutive weekly declines.

July Brent crude, the global benchmark, added 7 cents, or 0.1%, to end trading at $50.84 a barrel on the London ICE Futures Exchange. For the week, Brent crude posted a weekly gain of nearly 3.6%.

Meanwhile, June natural gas added 1.4% to settle at $3.424 per million British thermal units on the New York Mercantile Exchange, up roughly 4.8% for the week.