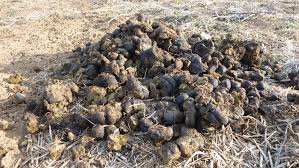 “The Democrats are handing us a big pile of horsecrap.”  Rep. John Bennett, R-Sallisaw.

Sallisaw Republican Rep. John Bennett has never been a legislator to mince his words, and in the recent budget bill debate in the House, he was blunt.

“The Democrats are handing us a big pile of horse crap. A pessimist would say ‘yes, this stuff stinks, it’s a pile of crap!’ but an optimist or a leader would dig into a pile of crash in hopes of finding a pony. I don’t like the crap that we’ve been handed but I believe we’ve been handed the pony on Senate Bill 860.” 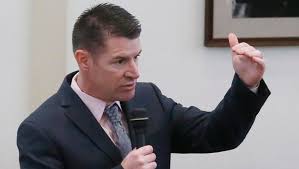 SB 860 was the budget bill that won approval last Friday morning in the House hours before the sine die adjournment of the 2017 legislative session.

During the 6 minutes of time allotted to him during the debate, the conservative Representative argued Democrat policies are what landed the state in trouble. He accused Democrats of “obstructionism”.

“This bill’s not perfect but it’s time to get it passed. We’ve been handed this mess by Democratic values. They passed tax credits flying out the door.”

He took direct aim at Rep.Scott Inman, without referring to him by name but through his title as House Minority Leader. While Inman led the call for increased gross production taxes on the oil and gas industry, that wasn’t always the case as Rep. Bennett pointed out.

He noted that in a 2010 op-ed piece in The Oklahoman, Inman wrote of protecting the oil and gas industry.

“I am joining others who recognize the economic vitality a robust natural gas industry generates for our state,” wrote Inman. “Natural gas, more so than wind and coal, contributes mightily to the coffers of the state of Oklahoma through the gross production tax. Without continued drilling activity in our state, the funding for our education system and county governments would be even worse than it is now—hard to imagine but true.”

Inman added, “We must maintain incentives to promote drilling for natural gas in Oklahoma. We have to compete against other states with tax credits and incentives aimed at attracting capital and investment away from Oklahoma.”

Whether Inman’s past comments and writings will haunt him in his run for Governor is unknown.