Opening the Door to Classroom Challenge of Science 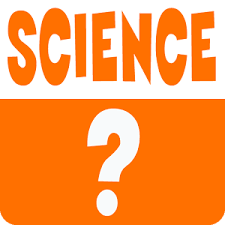 Science educators and their organizations are gearing up for a continued fight this week against a State Senator’s bill that could allow public school teachers to discuss evolution and question climate change.

They tried to stop a House committee from approving SB 393 by Sen. Josh Brecheen but the committee voted 4-3 on Thursday to send the measure to the full house for a vote.

At least four parents and science educators spoke against the bill when it was heard by the General Government Oversight and Accountability Committee. Each was limited to one minute and 15 seconds in opposition to the bill that is entitled Oklahoma Science Education Act.

The bill explanation says it is “providing for the creation of a school environment that encourages the exploration of scientific theories.”

“Teachers shall be permitted to help students understand, analyze, critique and review in an objective manner the scientific strengths and scientific weaknesses of existing scientific theories covered in the course being taught,” stated the text of SB 393.

The group Oklahomans for Excellence in Science Education, represented by Dr. Aysha Prather at the committee hearing argues, “This is standard creationist language to allow anti-science information into the classroom.”

The organization said the bill is “very similar to a bill defeated in the South Dakota Senate. Opponents of that bill are calling it the Alternative Facts Bill.”

Listen to the arguments made by opponents during the committee hearing.