Growing Claims Over Loss of Existing Wells Due to Horizontal Drilling 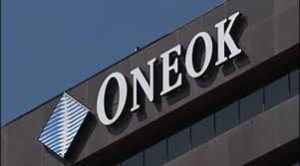 The same week ONEOK Inc. announced formation of a $2.5 billion revolving credit facility, the Tulsa-based company’s board of directors declared a quarterly dividend of 61.5 cents a share.

In Friday’s announcement, the board said the declaration would result in an annualized dividend of $2.46 a share and is payable May 15, 2017 to shareholders of record at the close of business May 1, 2017.

It was Feb. 1, 2017 when ONEOK and ONEOK Partners announcd a deal under which ONEOK would acquire all of the outstanding common units of ONEOK Partners it does not already own. Completion was anticipated in the second quarter of the year.

ONEOK expects to increase the first quarterly dividend after the close of the transaction to 74.5 cents a share or $2.98 on an annualized basis. That’s a 21 percent increase compared with the first-quarter 2017 dividend.