Energy Tax Debate Remains Emotional for All Sides in Oklahoma 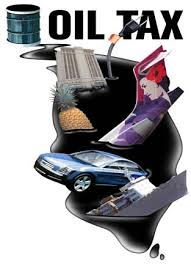 One thing is clear about the ongoing debate before the legislature about Oklahoma’s gross production tax against the oil and gas industry….it is an emotional issue on all sides.

It pits vertical-well drillers against horizontal well operators in a battle to increase the gross production tax from the current 2 percent to 7 percent.

Legislation approved in 2014 (HB 2562) became effective July 1, 2015 and made the 2 percent tax on newly-spudded wells for the first 36 months of production. One percent of the tax goes to counties and school districts while the remainder goes to the state.

Vertical well operators are those who have historic wells in operation and because they are usually older than 3 years, they are paying the higher 7 percent rate.

As State Treasurer Ken Miller noted this week, the gross production tax in the past year brought in $391.5 million, a drop of $11.8 million or 2.9 percent from the previous 12-month reporting period. However, the March collections were still the highest in two years, totaling $47.9 million, an increase of $24.2 million or 102.2 percent.

Listen to the two sides from  Darlene Wallace, president/CEO of Columbus Oil Company in Seminole followed by Tim Wigley of the Oklahoma Independent Petroleum Association.