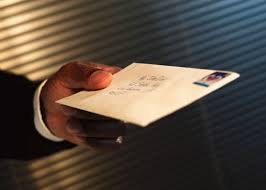 Democratic U.S. Senators who fought Scott Pruitt’s confirmation as Administrator of the EPA aren’t giving up their fight. Four more have written the former Oklahoma Attorney General demanding he reveal what he discussed with members of the Republican Attorneys General Association days before he withdrew an EPA information request called burdensome by oil and gas companies. In short, they are holding Pruitt accountable on any issue they deem fit.

Senators Sheldon Whitehouse (RI), Brian Schatz (HI) Tom Carper (DE) and Edward Markey (MA) wrote Pruitt on Friday about the Information Collection Request issue. They want details of his participation in the February 26-27 RAGA meeting in Washington, DC. They also want to know if he upheld his commitment to “examine the submitted data” before acting to no longer require the Information Collection Request for oil and gas facilities.

The Senators also asked Pruitt if he signed a waiver of federal ethics rules which could bar him from taking part in decisions connected to the ICR because he also took part in related litigation before becoming head of the EPA.

Part of the letter stated:

“Your previous and current ties to RAGA have been well-documented:  You served two terms as the chair of RAGA and on its Executive Committee, and on the board of directors and as the Chairman of Rule of Law Defense Fund (RLDF), the 501(c)(4) arm of RAGA[4].  RAGA has contributed to your political campaigns and you and your former staff have raised money for RAGA from the industries you now are charged with overseeing as Administrator.  This includes the oil and gas industry that benefits from the withdrawal of the ICR[5].  The former policy director and general Counsel from RAGA now serves as the Associate Administrator for Policy and the Regulatory Reform Officer at EPA.”

They also laid out their allegations against Pruitt.

“During your confirmation process, on January 18, 2017, you stated in response to Senator Whitehouse, that with respect to the ICR you would “examine the submitted data to determine the appropriate next steps.”  On February 17, you were confirmed.  On February 26-27, RAGA met in Washington, DC.  We have been told by an individual who attended that meeting that you spoke at that meeting.  On March 1, you received a letter from nine Republican Attorneys General, all of whom are members of RAGA, and two Republican Governors asking you to withdraw the ICR for oil and gas facilities.  On March 2, citing nothing other than this letter, EPA withdrew the ICR.”

Then the Senators basically accused him of wrongdoing

“It is difficult for us to believe that in the two weeks between your confirmation and your withdrawal of the ICR, you followed through with the promise you made on January 18, and examined “the submitted data to determine the appropriate next steps” on the ICR.  Instead, the timing noted above suggests that the “submitted data” you reviewed as EPA Administrator may have consisted entirely of the letter from Republican officials claiming the ICR was “an unnecessary and onerous burden on oil and gas producers.”  Based on reporting by the New York Times[6], we are aware that when you were Attorney General of Oklahoma, it was a practice of your office to take industry-produced data and talking points, and represent them as the official position of state government.”

The Democratic Senators want a response by May 7.