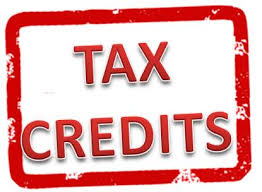 The Oklahoma State Senate Appropriations Committee voted 34-6 in favor of House Bill 2298 on Wednesday. The House bill modifies the time-period for zero-emission facilities by requiring operation by July 1, 2017 to qualify for tax credits. The current deadline is January 1, 2021.

Governor Fallin proposed eliminating the credit to increase revenue during a year when the budget shortfall is estimated at $868 million and the rainy day fund is depleted. The tax credit will cost $40 million this year and will average $60 million a year over the next 15 years, according to an Associated Press report.

Senator Kay Floyd, D-Oklahoma City, debated the merit of immediately eliminating the tax credit because several projects are already under way and “…were started with the understanding that would have until December 31 to receive the credit.” Floyd contended Oklahoma could see damage to its reputation by reneging on a tax credit currently relied on by companies making significant investments within the state.

The measure can now be heard on the Senate floor for full consideration.