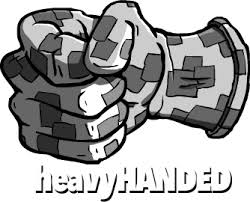 Oklahoma U.S. Sen. Jim Inhofe says the era of what he calls the “heavy-handed regulations” from the Obama administration is over.

Writing this week in USA Today, he said President Trump has started delivering on his campaign promises including rolling back some controversial EPA rules.

Here is his letter to the paper.

For the eight years of the Obama administration, the American economy suffered under the effects of heavy-handed regulations. These rules are costing our economy $2 trillion per year, and now as a result nearly every industry in the country is on the government’s leash.

But this era is over, and President Trump is already delivering on his campaign promises to cut red tape, especially when it comes to expensive and ineffective environmental regulations.

Last month, I joined the president at the White House as he signed an executive order instructing EPA to roll back the Waters of the United States rule. Repealing the rule provides crucial relief for farmers, ranchers and developers of all stripes to ensure they can execute their growth plans and create jobs quickly.

President Trump is also committed to rolling back the Clean Power Plan, President Obama’s behemoth scheme to regulate carbon emissions and a cornerstone of the Paris Climate Agreement. The plan has a $292 billion price tag over 10 years; it will lead to a dramatic increase in energy prices and reduce the grid’s reliability.

These rules and others — including the Obama administration’s hydraulic fracturing rules — are a major expansion of federal power and departure from the intent of the laws passed by Congress. The courts agree; they have blocked implementation of all three.

The steps being taken by the Trump administration will return the roles of these agencies to their statutory intent. Additional action should be expected as President Trump seeks to rebuild trust among the states, industries and the federal government, including modifications to the automotive regulations that — as written by the Obama administration — are impossible to comply with.

This is just scratching the surface of the work ahead for President Trump as he seeks to lift the heavy hand of regulations by the federal government on the private sector, and it should be a signal to the American people that this country is again open for business.

Sen. Jim Inhofe, R-Okla., is a member of the Environment and Public Works Committee.