Climate Change Battle Due Wednesday as Lucas and Bridenstine Look On 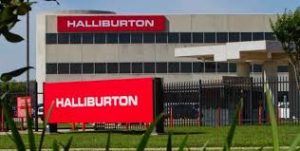 One of the hardest hit counties in Oklahoma over the energy downturn was Stephens County, home to Duncan and to the original headquarters of Halliburton. The county had seen double-digit unemployment as Halliburton, now headquartered in Houston, laid off employees worldwide.

But perhaps that is about to end and no doubt, Chamber of Commerce leaders in Duncan might be optimistic because Halliburton has hired nearly 2,000 oil field workers in the U.S. by the end of the first quarter.

Reports indicated the company sped up its growth plans as it sought to maintain market share in the increased upstream activity.  In other words, with increased oil and gas drilling in Oklahoma and Texas, the company wants to keep up with the Jones so to speak.

“I love the market outlook for U.S. unconventionals,” said Halliburton’s president Dave Lesar during a recent conference call. “We don’t want to give up our market share there.”