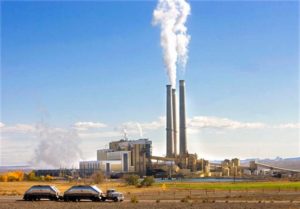 The same kind of EPA plan targeting regional haze drifting over southern Oklahoma from Texas coal-fired power plants is being challenged by a U.S. Senator and U.S. Representative in Utah.

Sen. Mike Lee and Rep. Jason Chaffetz introduced a resolution in Congress this week targeting the EPA’s plan to cut the haze at eastern Utah national parks. Under the plan, at least two coal-fired power plants in Utah would be forced to slash emissions by installing more pollution controls.

The plan as announced last year prompted Rocky Mountain Power and the state of Utah to sue the EPA in September. Even as the suit is pending in court, Lee and Chaffetz introduced their resolution of disapproval on Tuesday. Their resolution calls for the EPA haze rule to be repealed.

The Sierra Club and HEAL Utah blasted the two members of congress.

“Just as Jason Chaffetz is woefully distant from low-income Utahns who struggled to afford healthcare, he is also out of touch with our families’ desire for clean air and pristine national parks,” charged Matt Pacenza, director of HEAL Utah. “After years of careful analysis, the EPA rightfully concluded that limiting pollution from coal-burning is a necessary step toward protecting our families’ health and our scenic vistas. It’s appalling to see how quickly Utah’s Congressional delegation will undo years of scientific study to protect a monopoly utility’s profits.”