Oil Could Flow This Week Through Dakota Access Pipeline 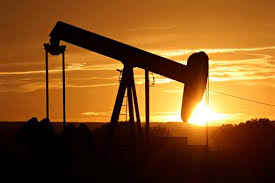 Crude oil settled slightly higher on Friday to eke out a weekly gain despite a jump in the U.S. active rig count, according to Bloomberg MarketWatch.

April West Texas Intermediate crude gained 3 cents, or less than 0.1%, to settle at $48.78 a barrel on the New York Mercantile Exchange.

May Brent crude, the global benchmark, rose 2 cents to end trading at $51.76 a barrel on the London ICE Futures Exchange.

On Friday, data from Baker Hughes revealed that the number of active U.S. rigs drilling for oil continued the streak of increases that began in mid-January, but the report came on the heels of the first weekly fall for domestic crude stockpiles in 10 weeks, according to the Bloomberg MarketWatch report.

April natural gas settled at $2.948 per million British thermal units, up 4.6 cents, or 1.6% on the New York Mercantile Exchange. For the week, natural gas had a loss of 2%.