Scientists Worry About Pruitt at the Helm of the EPA 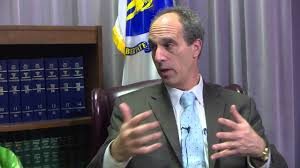 One of the concerned groups wondering about the impact of an EPA under the control of former Oklahoma Attorney General Scott Pruitt is the Union of Concerned Scientists.

Its President, Kenneth Kimmell recently told E and E’s ClimateWire he has a deep concern Pruitt’s role as EPA Administrator means the end of a strong federal role.

“It’s the combination of his record and the budget cuts that deeply concern me that we’re moving backwards rather than forwards on clean air and clean water,” said Kimmell. He said Pruitt’s record was not one of vigorous policing of polluters in Oklahoma.

“So that’s of great concern. Coupled with that is what we’re hearing about potential budget cuts at EPA, which could be devastating to EPA’s ability to enforce the laws, and I know as a former environmental commissioner, in a state without good enforcement, you don’t get good compliance with clean air and clean water laws.”

Kimmell maintains states nationwide have cut back on their environmental protection efforts and if the EPA does the same thing—–.

“It’s not realistic and it’s a formula, really, for disaster.”

Kimmell says in the end, it means there will be less cops on the beat.