Joseph A. Mills Tapped as President and CEO of Samson Resources 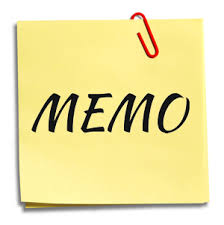 Environmentalists and members of the Standing Rock Sioux tribe who are fighting the completion of the Dakota Access Pipeline think they have something that could stop construction.

It’s an overlooked memo from the top lawyer in the Obama administration’s Interior Department. Written by Interior Solicitor Hilary Tompkins, the 35-page memo outlined reasons the government should do more studies of the $3.8 billion pipeline before the final approval.

Tompkins wrote the memo Dec. 4, 2016 which happened to be the same day the U.S. Army Corps of Engineers agreed to do more of a review of the project. As Environment and Energy Publishing noted, the memo recently surfaced in legal filings at a federal court in Washington. Some see it as powerful ammunition for the Indian tribes that have been fighting for another review of the pipeline.

“It’s hugely significant,” said Jan Hasselman, a lawyer with Earthjustice who represents the Standing Rock Sioux tribe. “It is potentially determinative of the outcome in the case.”

E and E reported that the Trump administration suspended the opinion two weeks ago and removed the memo from the solicitor’s website last week.